Blog
3 Best Practices for Thriving in a Negative Rates Environment 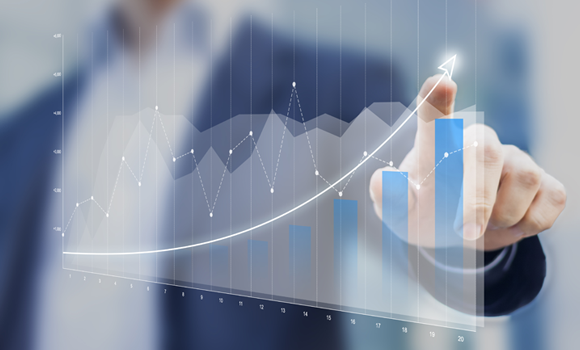 FINCAD recently held a webinar, “Negative Rates: Dealing with an Unorthodox Experiment.” During the presentation, I discussed the origin of negative interest rates, the challenges they are creating and gave best practices for modeling them.

As many of us know, interest rates near zero have been around for a long time. But things really got going in 2015 when the European Central Bank’s (ECB) Deposit Facility Rate was set below zero. Since then, other nations have joined in as well, including Japan, which adopted a negative interest rate policy just earlier this year.

Negative interest rates were originally intended to be only a temporary measure for accelerating the economy. However, we are now more than two years into this experimental monetary policy, which shows no signs of ending.

What all this means is that negative interest rates are likely to hang around for while, so we ought to get comfortable with them. Below are three important things you can do to help your business thrive in a negative rates environment.

If a firm’s underlying calculations work for negative rates, then how do problems arise? Often the culprit is poor quality diagnostics. If diagnostics are limited, then it’s easy to become overly energetic in your attempt to validate input up-front.

In general, determining whether a set of inputs will work in a given calculation is at least as hard as solving the calculation problem in the first place. As such, we need another approach – validate inputs where possible, and where not, use strong contextual diagnostics available in a robust analytics system.

Access to this information helps you avoid overzealous validation of input and strike the right balance between safety and flexibility – a balance missed by the authors of systems that require fixes to accept negative rates. FINCAD’s F3 offers enhanced diagnostics that allow you to understand exactly where and why a given failure occurred.

What do you do about models that are incompatible with rates below zero? The truth is that some models simply don’t work with negative interest rates and no amount of software engineering is going to help.

The impact of negative interest rates on models has been felt most acutely in the context of European swaptions, where swaptions are quoted as implied volatilities. SABR has been the model traditionally used for building a volatility cube and managing the market risk associated with swaptions.

Unfortunately, traditional SABR does not admit negative rates, so most of the industry has moved to a shifted SABR model. This approach is attractive to many firms since the implementation cost is minimal. This is because you can reuse your existing code base. There are concerns in the industry over what shift to use, but the ability to fit the market is preserved regardless of shift value. Plus, given the widespread use of the shifted lognormal model for quoting volatility, quotes these days come with a shift.

Alternative forms of the SABR model have also been developed, but the ability to accurately capture the market smile does not differentiate them from shifted SABR. While the strong performance and low implementation costs do make shifted SABR a favorable option, one could argue that other approaches may have some merit too.

In an increasingly uncertain marketplace, we must ask ourselves, “What’s next?” That is, what other challenges besides negative rates lie on the horizon for tomorrow, next month or even next year?

The reality is that there is no way of knowing these things. And even within the context of negative rates, it is very possible that the use of shifted SABR may not be the final word.

However, while you cannot predict the future, you can prepare yourself with systems that are nimble and flexible. They need to give you control over your choice of model. They also should allow you to control change like validating and adopting new modeling approaches on a timescale that is driven by business need, and not a timescale that is constrained by inadequate or inflexible technology.

Over the past few years we have seen some stormy waters resulting from negative interest rate policies. To best prepare yourself for these and other storms, consider adopting advanced analytics solutions that offer sophisticated, contextual diagnostics and appropriate treatment of all inputs. Your technology should also give you supreme control over modeling with the ability to change it at will, helping you quickly respond to market shifts.

Lastly, in order to keep up with complexity like negative rates, and the overall fast pace of the markets ensure your systems are equipped with algorithmic differentiation (AD).  FINCAD’s own implementation of AD, known as Universal Algorithmic Differentiation™, can help you dramatically improve computational speeds, enabling you to rapidly solve challenging pricing and risk problems.

For more information on thriving in a negative rates environment, view our on-demand webinar: Negative Rates: Dealing with an Unorthodox Experiment