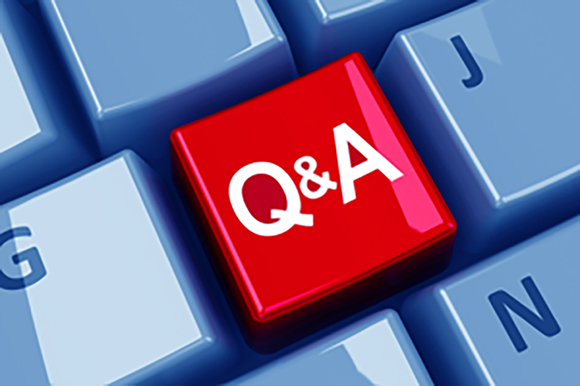 Despite the fact that negative interest rates have been around for a few years now, they continue to create modelling challenges for market practitioners. With this in mind, FINCAD recently hosted an interactive event aimed at helping answer individuals’ most pressing questions around the rather counterintuitive concept of negative rates.

Speakers included respected industry professionals, John Hull, PhD, Russell Goyder, PhD, Director of Quantitative Research and Development at FINCAD, and Mark Gibbs, PhD, Chief Software Architect at FINCAD. This marked the first event of its kind for FINCAD, with the content of the event being entirely driven by audience contributed questions. Below is an excerpt of the material we covered:

Question 1: In a negative rates environment, how does volatility modeling need to change when using the normal model for valuation of caps and floors?

Mark Gibbs: I would add that if you change your model, you’re also going to change how you look at risk. So if you start looking at things like the delta and vega of your caps in terms of the lognormal model, then you change to look at things using the normal model, your risk will be altered as it is now projected through the normal model. So your market instruments will still be the same, price the same and have the same exposure to the market. But your interpolation will give you slightly different results and you will be looking at your risk in a slightly different way. So to some extent, choice of model is choosing how you are going to model risk rather than how you are going to price the instruments themselves.

Question 2: Negative interest rates have had a particular impact on the valuation of swaptions, where the evolution of interest rates used to be simulated with lognormal rates, however this is no longer possible with rates below zero. We are now presented with two possibilities for overcoming this problem. One is to use negative rates distribution and, the other, to introduce a shift to the rates for the simulation. What is your view on the best approach that has established itself in the marketplace?

Russell Goyder: We’ve seen a widespread adoption of applying a shift – whether that’s to the lognormal model for quoting volatilities or to the SABR model for interpolating and importantly extrapolating volatilities smiles. If we’re talking about European swaptions, then I would echo John’s point that as long as we’re not using the vanilla European swaptions to hedge more exotic interest rate exposure or derivatives, that is, as long as we are just making or participating in the European swaptions market, then our model is really just a smile interpolator. So there is no simulation. But we’ve somewhat bizarrely seen the shifted lognormal model with a surface of shifts for swaptions that depends on the expiry of the option and the length of the swap to which one would exercise. We’ve seen that shifted lognormal with that surface of shifts being adopted with great gusto over the last few years for quoting swaptions.

Question 3: Lower or negative rates are intended to stimulate the economy. Why have they not done so in regions like Europe and Japan?

Mark Gibbs: This question depends on what one defines as “stimulation” or “not working.” In Japan, we’ve seen zero rates and it hasn’t caused the economy to pickup. In Europe, we have a similar situation where growth is stymie. But what would have happened if we didn’t have zero rates? If the rates were indeed higher, then one could argue growth would be a lot worse. At the same time, we do seem to have a global economy with a bit of a debt hangover, including issues like pension liabilities in Europe, which are manifesting themselves as an awful lot of debt, not growth. That’s why we are where we are today.

John Hull: If one wanted to be cynical, they could say that politicians have tried to stimulate the economy by lowering interest rates and people haven’t been borrowing for this sort of thing. Politicians likely anticipated that negative rates would have more productive and job-creating effects on the economy than they have actually had. Maybe there are not enough good projects around or maybe those projects have been perceived to be too risky for people to invest in. People may be buying real estate but not funding projects that grow the economy. What we really need is for someone to come up with, for example, a great new clean energy project or something like that to stimulate the economy and create lots and lots of projects that get funded.

Russell Goyder:  I also wonder if there is an over reliance on the role of central banks. They can manipulate the monetary policy levers, but it’s the politicians and ultimately the populous that triggers fiscal levers and in the absence of a natural emergence of a revolutionary project there are still bridges and roads and infrastructure that are the alternative. It seems there is no room left for maneuver for central banking.

To hear more of this lively interactive session, be sure to check out our on-demand event recording: Negative Rates: Live Q&A