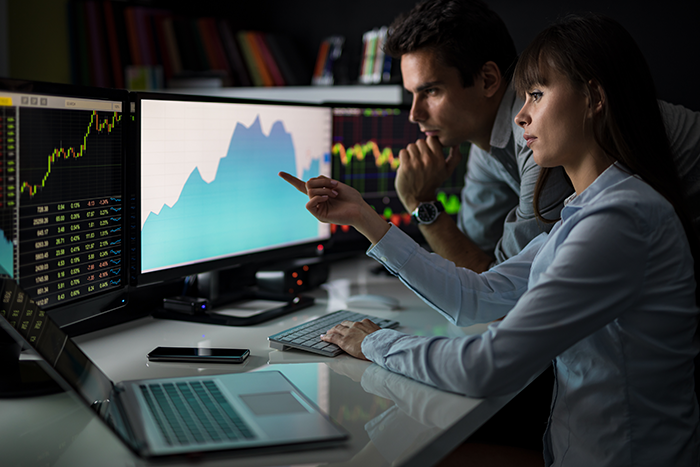 While there are varying opinions about the significance of value at risk (VaR) in risk management, it remains one of the most fundamental methods for the critical measurement of market risk exposures. Data gathered during VaR modeling helps risk managers determine whether they have adequate capital available to cover potential losses.

Typically asset management houses will have mandates that dictate acceptable levels of VaR depending on the instrument being traded. For example, an internal mandate on investing in a particular asset class or derivative might include an 85% VaR confidence level, while for another investment type it might be lower or higher depending on various risk factors.

Many firms will also have rules in place that prevent VaR on any given investment from going above a preset threshold. Asset managers will often break down VaR into several different market factors and also look at various types of calculations, including relative VaR, portfolio VaR, benchmark VaR, conditional VaR (or expected shortfall), historical VaR and Monte Carlo VaR. Many find that using this range of VaR methodologies helps them achieve a more accurate picture of their exposures.

Sell-side firms differ somewhat in when and how they use VaR. First and foremost they have to employ VaR (now expected loss shortfall) as part of their capital calculations, thus assigning a cost to every open position. Therefore, sell-side institutions would need to run VaR in an effort to identify their minimum capital requirements for Market Risk under Basel III.

A major challenge, particularly on the buy-side, is that firms often do not have the sophisticated level of systems or available computing power needed to run complex VaR calculations. As such, many turn to standard VaR providers, however this approach too can present challenges.

Typically standard vendors apply a basic approach to VaR, and lack coverage for exotic instruments. Some will only run VaR calculations on a predetermined schedule, and clients may be subject to additional cost if they request these numbers to be run more frequently. Additionally, other providers will often supply static VaR reports that give no ability to slice and dice data. There is also the danger that the front and middle office will be using different data and conflicting VaR calculation methodologies, thereby creating inconsistencies and the need for reconciliations.

In order to overcome the traditional VaR challenges and related costs, it is advantageous to seek out a VaR provider that can offer the following components:

The above approach is what we have taken with our FINCAD VaR solution in an effort to help our clients better understand the risk in their multi-asset portfolios. Using industry standard Historical and Monte Carlo simulation methodologies that are configurable to the user’s requirements, FINCAD VaR empowers firms to generate the necessary reports to meet business needs and regulatory requirements. In addition to comprehensive multi-asset class coverage for numerous instruments and asset classes, and a multitude of modeling choices used for valuation, users have complete flexibility over the timing of generating intra-day risk numbers—helping them be more proactive about risk management.

Christian is responsible for all client facing quantitative topics and resources globally. In his role, he deals with a wide spectrum of financial industry clients from asset management, hedge funds and insurance companies to accounting firms and sell-side institutions. Additionally, Christian has extensive expertise dealing with regulatory and accounting requirements across all market segments.

Before joining FINCAD in spring 2015, Christian was the deputy-head of Financial Engineering in the Equity Market and Commodity department of Commerzbank, where he worked for five years supporting various trading desks. Christian Kahl has 10 years experience as a quant in sell-side institutions implementing models in cross asset front office pricing libraries. His quantitative research is largely focused on stochastic volatility modelling and high performance computing.