Blog
Are Firms Ready for the Transition to SOFR Discounting?

The way forward for the cessation of the Libor benchmark rate continues to take shape. One change presently planned for October 2020 is the switch from Fed Funds to SOFR discounting.

Undoubtedly, moving to SOFR will create challenges for affected firms, as their systems and processes may not be ready for this massive shift. To assess just how prepared financial institutions are to meet the demands of the SOFR switch, FINCAD recently conducted a survey, polling 100 individuals from various financial institutions including banks, pension and insurance firms, hedge funds, and accounting/ auditing and consultancy firms.

While plans are in place for a switch from Fed Funds to SOFR discounting in October 2020, many of our survey respondents were skeptical that this date would hold. In fact, the survey revealed that only 39% expect the transition to actually occur in October. The majority (59%) anticipate the change to be delayed, and a small number of individuals expect it to be scrapped completely. These answers are not surprising given the current market turbulence and the fact that the June €STR transition was recently delayed. 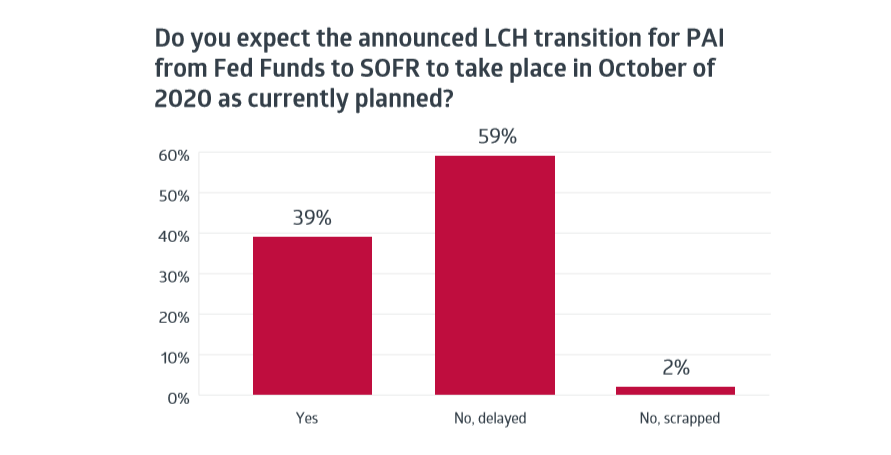 Effects of the SOFR Transition

Results of the survey indicate clear concern over the impact the SOFR transition will have on the instruments these firms hold and different areas of their businesses as well. In terms of instruments affected, the vast majority of respondents (71%) hold interest rate swaps that will be affected by the SOFR transition. About half of those polled hold cross currency swaps, caps, floors, and swaptions which will also be impacted. This finding is similar to what we observed in another survey we recently conducted on the transition to EONIA/€STR. 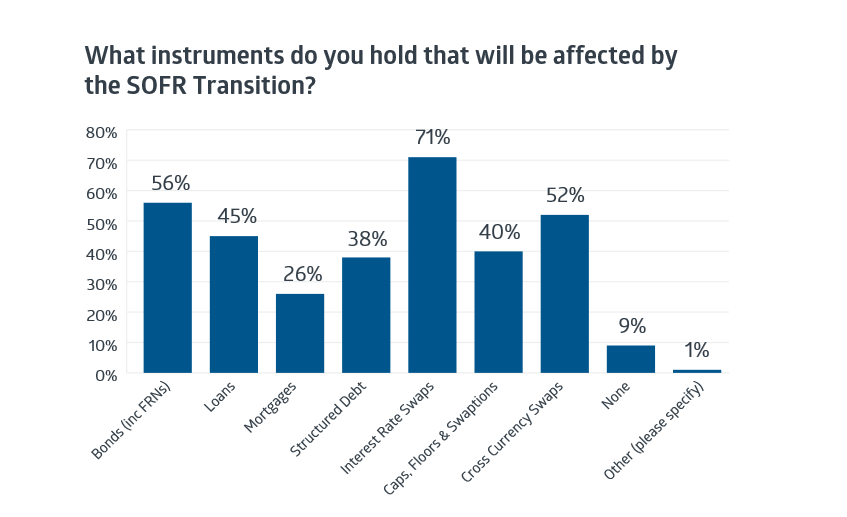 When looking at the impact on business areas, respondents reported several functions they believed will be disrupted by the SOFR transition. Risk tops the list at 60%. Otherwise, there were many differing opinions regarding this topic. A breakdown of results is shown below. 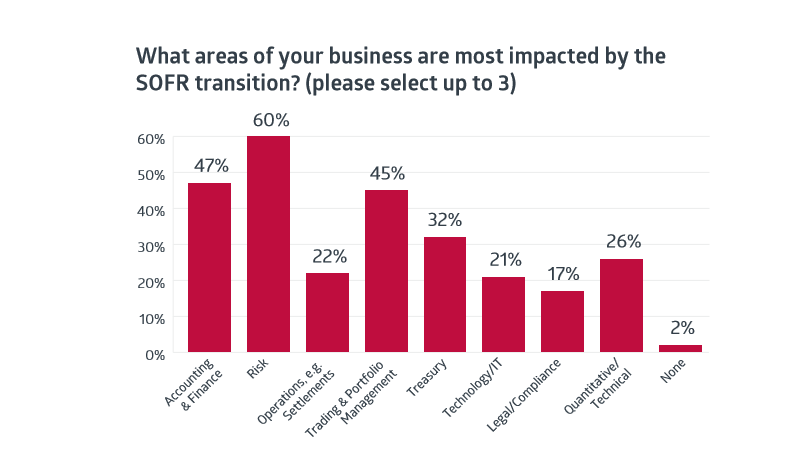 Those we surveyed said the top three areas they consider most challenging with regard to the SOFR transition are analytical flexibility (25%), negotiations with counterparts (24%) and flexibility in technology (21%). We asked a similar question in our previous €STR transition survey. Many of the answers were aligned with what we see in the graph below. However, what differed is the focus on analytical flexibility, which is listed here as a top concern, but which is a lesser priority for those transitioning to €STR. Given there are more moving parts with the SOFR transition than with €STR, this result is to some extent expected. 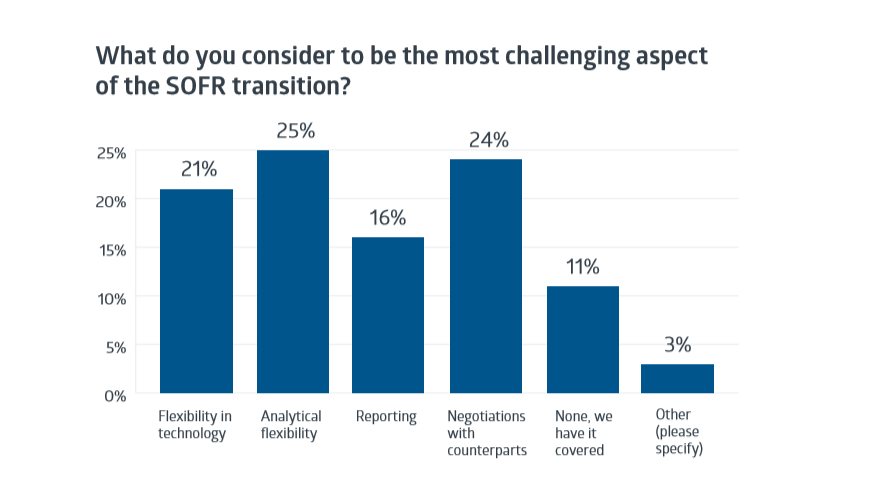 Per Eriksson is responsible for the Nordic & Benelux region at FINCAD. Per has been working in the financial software industry for the last decade with various roles at FactSet & FINCAD. His titles have ranged from senior consultant, implementation specialist, account manager and sales executive. Per has a Master’s in Financial Economics from the University of Gothenburg and holds the Professional Risk Manager Designation.