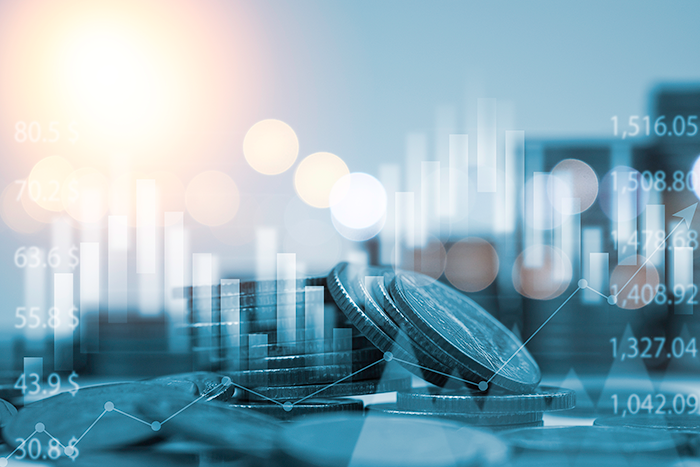 I recently had the opportunity to participate in a panel for CFA Society NY, as part of their Libor Transition Series. Conversation centered on “Modeling Implications for Replacement Rates for Libor.” I was in good company with host, Peter Went, PhD, lecturer at Columbia University, Fabio Mercurio, Global Head of Quantitative Analytics at Bloomberg, and Agha Mirza, Managing Director and Global Head of Rates and OTC Products at the CME Group.

Libor has played a pivotal benchmarking role in global financial markets for 35 years, but as its time winds down and firms transition to using SOFR and other reference rates, millions of contracts worth hundreds of trillions of dollars must be retooled. It’s projected that by June 2023, this once-dominant reference rate will be phased out entirely. In my view, the Libor transition is the biggest upheaval in the rates markets in more than a decade, arguably since the global financial crisis precipitated the switch to OIS discounting around 2008.

What is the current outlook for Libor cessation, including the different timelines in the US and abroad?

In terms of outlook, we have known of IBA’s intention to cease the publication of GBP, EUR, CHF and JPY LIBOR for all tenors, as well as for 1-week and 2-month tenors for USD LIBOR at the end of this year. However, in late 2020 we learned that the end of publication of the remaining USD Libor tenors will take effect after June 2023. That is an 18-month delay of the original timeline, but only applies to the remaining USD Libor benchmarks.

Currently, the US is lagging the UK, as they are really the first mover in the Libor transition. We can look to the developments in the UK recently and over the next year as an indication of where we are headed in the next few years in the US.

The EU has a bit different situation because they will preserve Euribor for some time. And, similarly we expect Tibor to remain in Japan. So those markets will not lose the existing established term rates in the same way that we expect to see in the US and UK.

SOFR and the Derivatives Markets

Over the past few years, we have seen some major developments in the US to establish the new alternative rate SOFR, of which I would highlight the switch to SOFR discounting at CME last year, which was pivotal in entrenching the use of SOFR instruments for curve-based trading and risk management. There have also been an increasing number of floating rate notes linked to SOFR being issued, as well as the switch of agency loans to now being based on SOFR - an important component as well.

The hedging activity for agency loans is a great example of some of the interesting developments going on with SOFR right now. This may be one of the first drivers for non-linear derivatives, such as interest rate caps and floors on the SOFR benchmark. In the video snippet below, I describe why SOFR derivative markets are still expensive and how that is slowing the adoption. 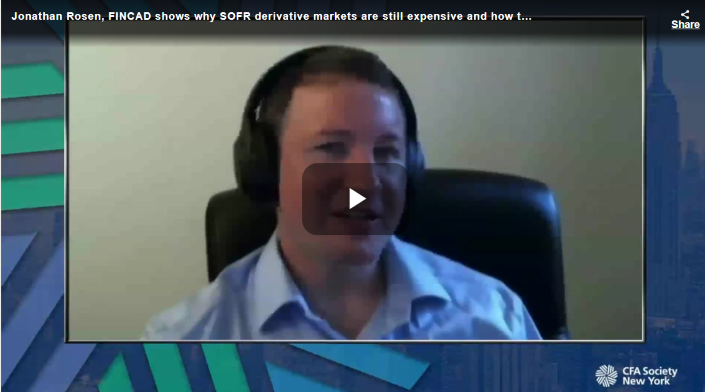 In a newly published whitepaper, I compare the modeling approaches for SONIA and SOFR with regard to interest rate caps and floors, and highlight the importance of liquidity in the pricing and risk for SOFR caps and floors. In particular, the USD SOFR derivatives are trading at higher implied volatility even when compared to Libor derivatives, and this is largely due to the current lack of liquidity for these options.

Overall we expect many more developments in this area as markets continue to show greater adoption of SOFR derivatives.  At FINCAD, we offer clients the tools and technology required to navigate the complexity of SOFR derivatives. We are also equipped to help clients through upcoming challenges as the situation continues to develop over what should be another interesting year in the Libor transition story.

View the full recording of the CFA panel, Modeling Implications for Replacement Rates for LIBOR, for more viewpoints on this topic, as well as my new whitepaper The Impact of Liquidity Transfer Pricing on SOFR Interest Rate Cap and Floor Volatility for a more in-depth discussion of this subject.