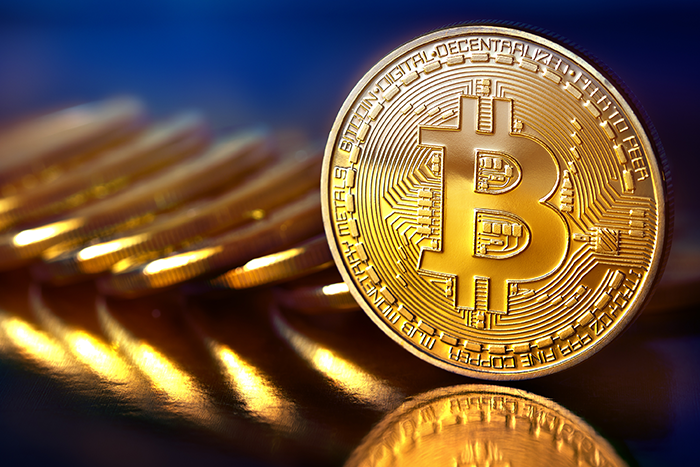 We’ve heard a lot of buzz surrounding cryptocurrencies such as bitcoin in the media lately. But are they a fad that will eventually fizzle out, or is there something more to digital currencies?

Bitcoin was the very first crypto, which sprung on the scene in 2009. The motivation for its inception was a response to the financial crisis. A group of fringe cyber-punks led by a pseudonymous Satoshi Nakamoto were dismayed by the events of the crisis and wanted to create a currency whereby people could transact directly with one another—and without the involvement of a middle man or worse, a bank.

Satoshi is an individual whose identity has yet to be uncovered. He summed up his concept with bitcoin saying:

“What is needed is an electronic payment systems based on cryptographic proof instead of trust, allowing any two willing parties to transact directly with each other without the need for a trusted third party.”

And from this idea, bitcoin was born.

Its start left most investors understandably skeptical. After all, it was the first asset of its kind—a purely digital currency controlled by hackers instead of bankers. Who would have thought?

Even though bitcoin’s price has gone the way of tulip bulbs, I still believe there is a promising future in store for it. The practicality of this cryptocurrency is just too hard to ignore. It is secure and able to travel the globe decentralized, much faster and more cheaply than traditional money.

On the flip side, where a bank offers a secure store for your funds, bitcoin users must keep their coin under the mattress and hope hackers don't make off with a bounty. Another downside is that bitcoin is not very fast. In fact it’s only able to handle about 7 transactions per second, which may be unappealing to some crypto enthusiasts.

How Does Bitcoin Work?

Bitcoin as a currency is generated through the process of “mining,’ meaning that people are asked to solve very difficult puzzles that may take both a lot of power and hardware to solve. Once the puzzle is completed successfully, the miner will be rewarded with 12.5 bitcoin, or very roughly USD 100k. As shown in the diagram below, over time, the puzzles have grown exponentially more complex much like the price of the currency itself. The puzzle is adjusted such that solutions are found in approximately constant intervals. The increase in difficulty therefore reflects the increase in resources that miners have dedicated to solving these puzzles. 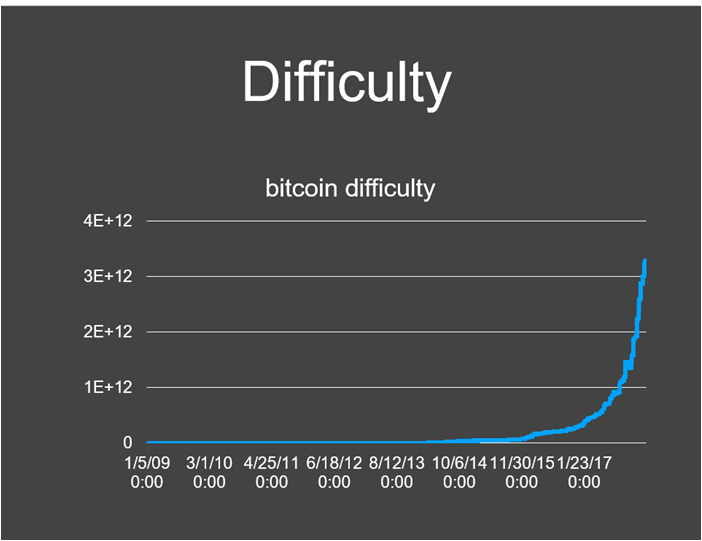 Those that are not up for the challenge of mining bitcoin can simply buy it. For those of you who have not traded a cryptocurrency before, you may be wondering how the process works. It’s simply a matter of picking a private key, analogous to a password, and deriving a public key from it. Your public key is like an email address, except there is no need for a host or mail server to provide one. All this sound complicated? Wallet software makes this as simple as using your PayPal account (without giving anyone your personal information).

For cryptocurrencies there is a public, distributed ledger known as the blockchain. The blockchain records transactions between two parties in a secure manner. What ultimately gives bitcoin its worth, is the security of its blockchain. This security is provided by the difficulty of the puzzle that miners are solving. To claim a block reward, miners need significant real-world capital in the form of power and hardware. The cost of a mistake when proposing a new block could very well be their inability to claim the approx. USD 100k reward.

The Future of Cryptocurrencies

While some remain skeptical, my view is that cryptocurrencies are bound to stick around. I look at them similarly to how we viewed the internet in the early 90’s. Way back then, the internet was innovative, novel and exciting, but there was not a practical, day to day use for it. Today we wouldn’t be able to function without it. The transition from hobby to priceless tool, in my view, came because the usefulness of the network is a function of how many users it has. A similar threshold may, or may not, be crossed in one or a few cryptocurrencies as well.

If cryptocurrencies ever do reach widespread adoption, then there is the potential for decentralized smart contracts that would validate and execute their terms automatically, through code. More concretely, you could buy a house with bitcoin and have your ownership validated by blockchain (say the house address appears next to your public key, in a sidechain). While that would save some paperwork, such a smart contract would have other benefits too. Imagine carrying around a smart key that is now automatically enabled to open the door of your new house. The technology needed to enable this is no different than the technology driving crypto transactions today. For privacy hawks, having all sorts of information on a blockchain is quite different from how we think of putting our information out there today. On the blockchain, your data is encrypted, and useless to anyone but you. It’s also decentralized; no company owns it.

Whether you’re interested in exploring bitcoin trading, or perhaps moving into another new asset class or market where you think some opportunity might lie, I must stress that having the right portfolio and risk system at your disposal is key. For example, our FINCAD F3 solution has helped numerous firms capture new trading opportunities like bitcoin and others. If you’d like to learn more, watch our quick 90 second video.

For the past two years, Orlando has worked closely with FINCAD’s sales team as a technical and quantitative analyst, designing enterprise valuation and risk solutions based on FINCAD’s F3 technology. Prior to joining FINCAD, Orlando was a FINCAD client at KPMG and DerivActiv.

Orlando holds a degree from Babson College, where he concentrated in finance. He has 10 years experience in financial derivatives valuation.