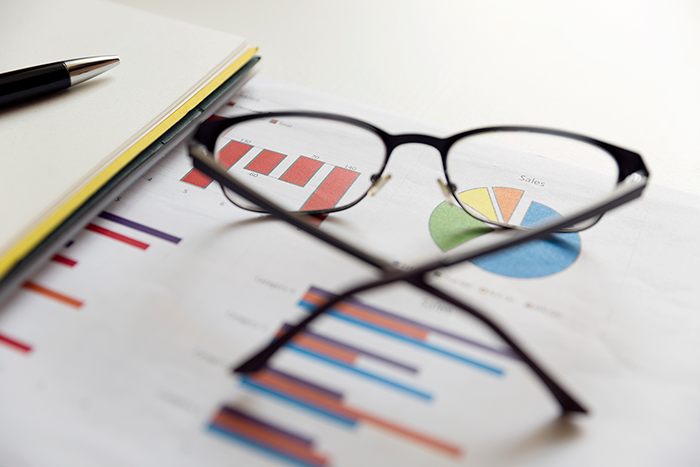 The countdown has begun. By the end of 2021, Libor, the benchmark rate underpinning more than $350 trillion of financial products, will be discontinued. The anticipated elimination of Libor is already creating significant challenges as financial institutions prepare to transition to an entirely new benchmark rate.

To gain a better understanding of how firms will and are already being impacted by the Libor phaseout and how we might adjust our solutions to meet these needs, FINCAD recently conducted an “End of Libor” survey. The survey queried 140 participants from buy- and sell-side institutions. In today’s blog post, I’d like to share some of the key findings.

We kicked off the survey asking participants which instruments they believe will be most affected by the end of Libor. Bonds (70%), interest rate swaps (72%) and cross currency swaps (54%) were the top three areas indicated, as seen in the graph below.

I. Instruments most Affected by the End of Libor 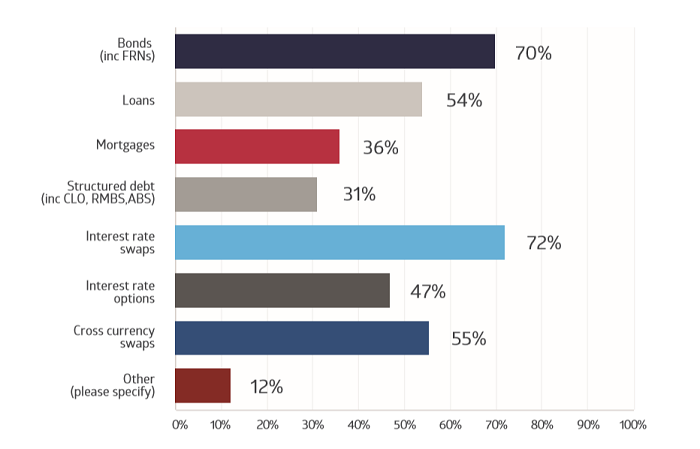 Participants were then asked to point out, from the same list of instruments, which ones were the most likely to cause them valuation challenges. Interestingly, the same set of instruments were again noted, albeit in a different order. These included interest rate swaps (56%), bonds (49%) and cross currency swaps (44%).

When you consider how many derivatives and loans reference Libor, the end of this benchmark rate will have huge effects on the markets, particularly in terms of pricing and valuation. There is bound to be added modelling complexity when pricing trades that are considered standard today.

Further in the survey, we asked participants to specify the limitations of their current pricing/risk systems with respect to analyzing and managing the Libor transition. The majority pointed to challenges with valuation (60%) as their top concern. Challenges with hedging and risk management (46%) and multicurve construction (45%) were also indicated.

Indeed, the many firms with legacy systems in place will need to make significant time and budgetary investments in transitioning these systems to a new benchmark rate. However, those firms that have already phased out legacy systems in favor of flexible risk and valuation technology will have a much easier transition. Such systems are designed to handle change such as the Libor phaseout with minimal time investment and coding work involved. 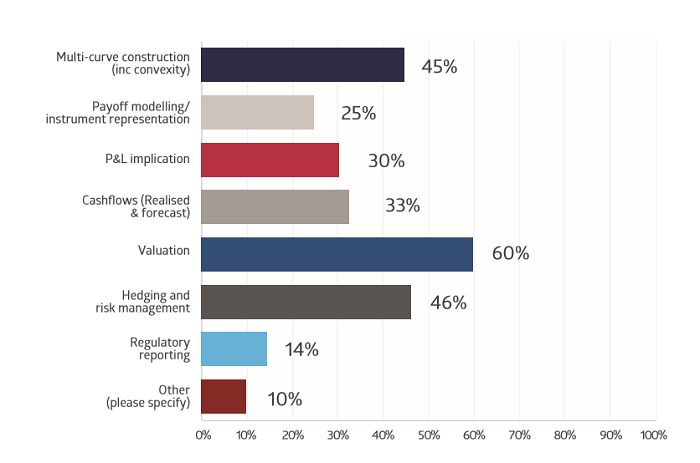 There is real potential that the Libor phase out will incite sharp swings in P&L on portfolios of Libor-linked instruments. With this in mind, our participants were questioned on how they intend to avoid a P&L jump. Most (54%) said that they do not plan to restructure portfolios of Libor-linked instruments but will instead hold them until termination. Following (somewhat far) behind this popular course of action, 25% said, yes, they do plan to restructure, however they have not yet begun the process.

It is interesting that, at this time, most market participants think they will hold until termination and accept the fallback. However, this might be out of their control if the seller is taking a P&L hit. As indicated in the data, there are a smaller minority who realize the problem and are trying to get ahead of it by restructuring. 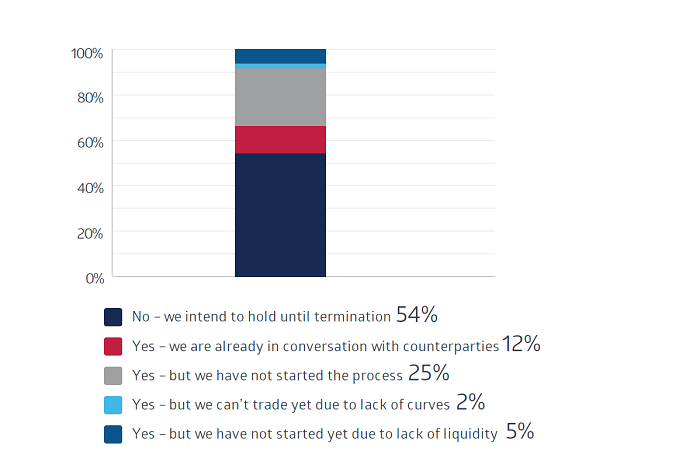 To conclude the survey, we asked participants if they foresaw liquidity in the alternative risk-free rates. Most (77%) did not see liquidity. Of the 23% that did see liquidity, 62% believe that they will see liquidity within the next 12 months. 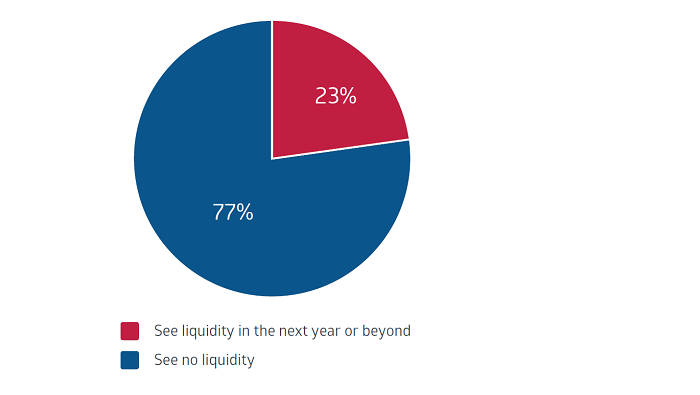 The findings of our ‘End of Libor’ survey have indicated that the vast majority of financial firms do not yet know how they will value portfolios under a new benchmark regime. Furthermore, most see a likely impact in the valuation of fixed income portfolios but have differing opinions on how they intend to handle potential P&L jumps on Libor-linked instruments.

The data indicated a clear split in opinions of individuals who plan to hold their portfolios until expiry, versus those who are in various stages of restructuring. Still others reported that while they do wish to restructure, they have yet to begin the process due to still limited liquidity in the new benchmarks.

There is no doubt that the impending retirement of Libor will prompt many to rethink their approaches to technology. Now is a better time than ever to start using future-proof, flexible, and enterprise-ready analytics solutions that can help you adapt to change and stay on top of the risk introduced by transitioning to a new benchmark rate.

To learn more about overcoming the challenges of transitioning away from Libor, please see our latest technical paper, “How the End of Libor Will Impact Delta-1 Rates.”

A key member of FINCAD's Enterprise Development team, Kate is responsible for enterprise sales and solution delivery for FINCAD’s UK hedge fund technology business, and for buy and sell side firms within Germany, Austria and Switzerland. Kate has a background in derivatives sales at UBS and structured products structuring at Investec Bank.