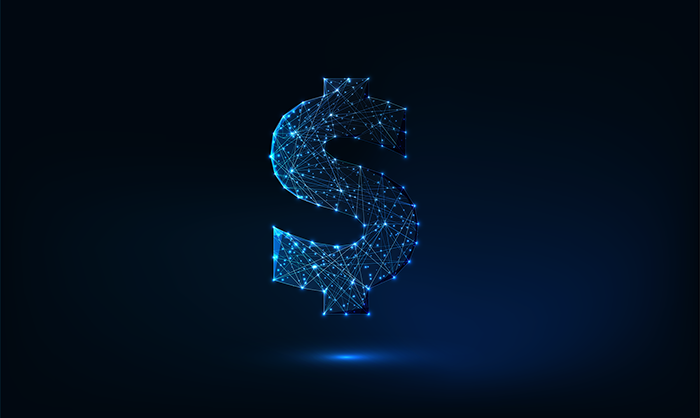 Several global currencies, including USD, are on track for Libor cessation in the not-so-distant future. As a result, we’re now amid a swift regulatory push to promote alternative benchmarks and simultaneously discourage reliance on the Libor benchmark rate. Impacted firms are also working hard to adjust their processes and technology to adapt to this massive change.

Some uncertainty on the timing has been recently introduced as a result of the ICE Benchmark Administration (IBA) announcement on 30-Nov-2020 that it intends to delay the cessation of publication of fixings of most tenors (including 3-month) of USD LIBOR by 18 months, until 30-Jun-2023. The IBA still intends to cease publishing fixings of all tenors of LIBOR for GBP, EUR, CHF and JPY from 31-Dec-2021. This is all subject to industry consultation during December 2020 and January 2021.

Some may be tempted to view the delay of cessation of 3m USD LIBOR as a reason to slow down preparations. However, it is clear that LIBOR fixings will start to disappear at the end of 2021 for certain currencies/tenors in a phased approach. The need to modify contracts, hedging strategies, systems, market data feeds, and analytics remains urgent. This is because many of these modifications would be required even if only a subset of the currencies/tenors disappeared.

When it comes to Libor transitioning for USD, a necessary step is to introduce technology to build curves for alternative rates, such as the USD Secured Overnight Financing Rate (SOFR). Many firms are coming from a starting point of multi-curve calibration involving Libor and overnight index swap (OIS) rates —which are still required in addition to the extra data requirements and analytics needed for the new alternative rates curves. However, not only are new curves going to be required, but existing curves that are highly dependent on Libor-linked instruments will also need to be revised.

In the case of US dollar interest rates, arguably the most important benchmark is the 3-month Libor rate, with both adjacent monthly and semi-annual tenors having a similarly important role as the major USD interest rate benchmarks.

From a benchmark perspective, this distinction is mainly based on the deep liquidity that is currently found around the instruments linked to these tenors. The table below presents a typical set of the most commonly traded instrument market data that is available for curve construction in USD. However, it is always possible to include additional instruments when they are available with sufficient liquidity and recency in transaction record and tick-based market data feeds.

For a number of years the Effective Federal Funds Rate (EFFR) curve has been the staple for discounting, largely due to its prominent role as the rate earned on collateral and margin accounts, as well as the significant efforts to shore up collateral management throughout the financial system. The EFFR discount curve can be built in a straightforward way with a bootstrapping algorithm from market quotes for EFFR futures and OIS, depending on the longest maturity of available OIS quotes. It is important to note that this is a policy rate driven by the Federal Open Market Committee (FOMC) of the US Federal Reserve, and any changes to this rate almost always occur on pre-announced FOMC meeting dates, and only occasionally at emergency meetings such as occurred on 15-Mar-2020. This places a restriction on the most likely times when the forward EFFR rate can change, thus modifying the underlying time points of the bootstrapping algorithm to conform to this requirement.

The USD Libor rate is the most commonly used interest rate benchmark in US financial contracts. Typically the quoted interest rate swaps linked to 3m USD Libor are also collateralized transactions, which requires the simultaneous use of the EFFR rate for discounting of future cash flows linked to forward Libor rates. If any Libor-EFFR basis swaps are included in the EFFR curve calibration (eg, for longer maturities), then it is necessary to simultaneously build the EFFR and Libor forward rate curves. In contrast, if the instruments in the table above are used, then the EFFR forward rate curve can be built first and the Libor curve can then be built separately. Simultaneous curve construction can be used for either situation, so it is a convenient approach that suits any choice of curve instrument input for curve construction.

The more recently introduced SOFR rate in USD can be easily compared to the EFFR rate. SOFR has slightly different economic foundations as an average over secured repo transactions. This is due to the lack of credit risk as compared with Libor, and the significant impact of the Federal Reserve policy rate on SOFR. Thus, the nature and behavior of SOFR is very similar to EFFR. This includes a close connection between SOFR forward rates and SOFR OIS market data, in addition to the parallel between SOFR and EFFR futures contracts. The standard approaches used to build the EFFR curve can be easily adopted to build the SOFR curve with sufficient accuracy based on published SOFR fixings and available futures and OIS market data. 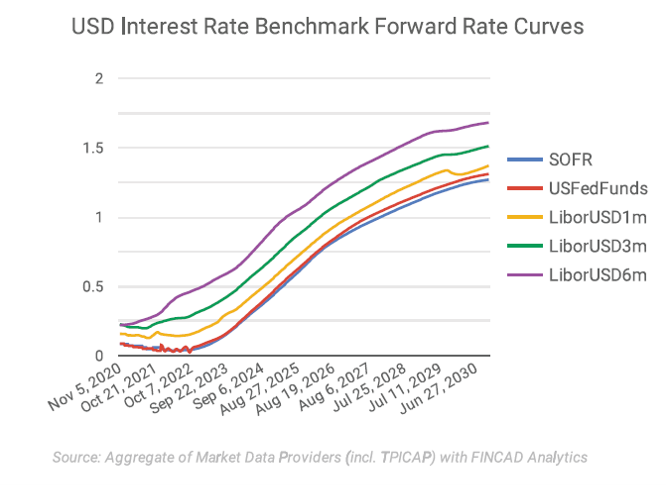 For further Libor analysis, including research on how you can harness the power of data and analytics to tackle the transition, download our technical white paper, “Inside the Libor Transition: Combining High Quality Market Data and Powerful Financial Analytics.”

For more information or if you'd like to speak to a FINCAD financial engineer, please click here.

Tony Webb is an experienced manager and quantitative analyst at FINCAD having held various roles, including Director of Analytics, VP R&D, Product Manager, and manager of technical Pre-Sales Analysts in NYC. He holds an MA in Mathematics from Cambridge University, a PhD in computational fluid dynamics from UBC, and an MBA with a specialization in finance from UBC. He is currently acting as a Quantitative Advisor within the Client Services department.