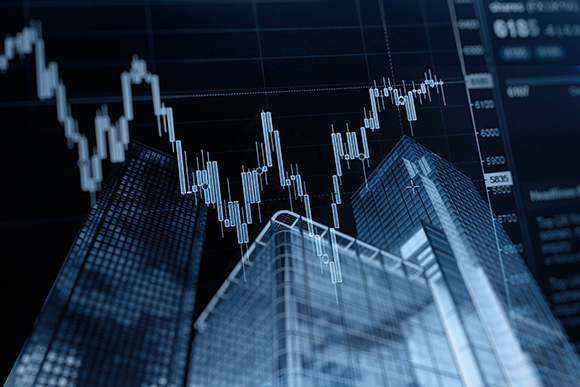 Traditionally delta has been calculated as the partial derivative of the value of the portfolio with respect to the underlying asset. Implied volatilities and other variables are kept constant. It is now recognized that this is not the best way of proceeding for equities, and possibly for other underlying assets as well. When an equity price changes there is a tendency for volatility to change as well. Specifically, when the equity’s price increases, its volatility tends to decrease, and vice versa. There are two competing theories as to why this happens. One involves leverage. The amount of debt that a company has is fairly static so that when a company’s equity increases (decreases) its leverage decreases (increases) causing volatility to decrease (increase). This leverage argument suggests that the causality is from the equity price to the volatility. The other theory is known as the “volatility feedback effect.” In this the causality is the other way round. When volatility increases (decreases) the stock becomes more (less) risky as an investment so investors require a higher (lower) return than previously and the stock price therefore decreases (increases).

A delta measure that takes account of the negative correlation between an equity’s price and its volatility is known as a “minimum variance delta.” In this blog we look at two approaches for calculating it.

One approach for calculating a minimum variance delta is to replace the Black-Scholes model by a stochastic volatility model. The model for valuing a portfolio dependent on a particular stock or an equity index or equity index then takes the form:

where $S$ is the value of the underlying asset (stock or stock index), and $\sigma$ the (current) value of the asset’s volatility. The other arguments of the function $G$

where $\delta_{MV}$ denotes the minimum variance delta.  However this would be incorrect as it would be considering the effect of a change in the asset price without any change in volatility—even though a stochastic volatility model is being used. The correct approach is to set

and the process for its volatility is

A number of researchers such as Bakshi et al (1997, 2000), Bartlett (2006), Alexander and Nogueira (2007), Alexander et al (2009), and Poulsen et al (2009) have followed this approach. The general finding is that stochastic volatility models produce better deltas than Black-Scholes for equity indices.

The value of an option can be written as

where $f_{BS}$ is the Black-Scholes function, $\sigma_{imp}$ is the implied volatility, and the other arguments of $f_{BS}$ are the interest rate and dividend yield which can, without too much of an approximation, be assumed to be constant.

It is then true that

then equation (1) can be used to calculate $\delta_{MV}$ from $\delta_{BS}$ local volatility model proposed by Derman and Kani (1994) and Dupire (1994) suggests that the partial derivative is close to the slope of the volatility smile (see Derman et al (1995) and Coleman et al (2001).  Crépey (2004) and Vähämaa (2004) test this. Hull and White (2016) try a different approach. They attempt to determine the partial derivative empirically. They find that the assumption that it is a quadratic in $\delta_{BS}$ divided by the product of the square root of the option life and the asset price works well.

Delta hedging is straightforward. A trader usually incurs minimal transaction costs when taking a position in the underlying asset to manage delta. This is in contrast to vega and gamma hedging where positions in options or other non-linear products are required to effect changes. It makes sense to get as much mileage as possible from delta hedging. Moving from the traditional Black-Scholes delta to the minimum variance delta does this. Indeed, it has the dual advantage of reducing vega risk and tackling the risk associated with movements in the underlying asset more precisely.