Traditionally quants have been concerned with the processes followed by market variables in a risk-neutral world. This is because their main focus has been on the valuation of derivatives. As we have explained in a previous blog, Hull and White (2015), risk neutral valuation is a very important flexible tool without which the valuation of derivatives would be extremely difficult. But it should always be remembered that a risk-neutral world is nothing more than an artificial construct. It does not describe how market variables behave in the real world, the world we actually live in. 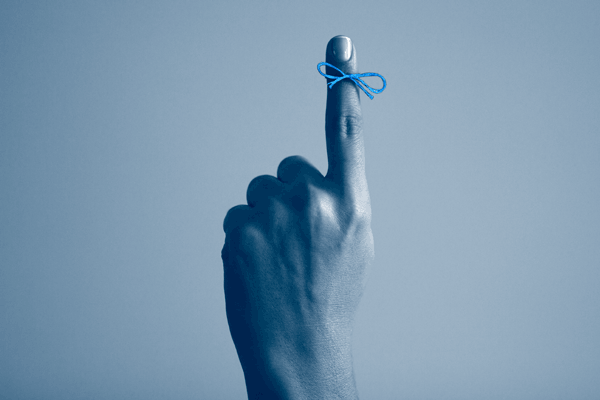 The risk-neutral behavior at time T is determined in exactly the same way as it would be today. For example, in a particular simulation trial the risk-neutral growth rate of a traded security after T is based on the risk-free interest rates that occur at time T in that trial. The real challenge lies in determining what growth rates should be used for all the market variables in the real world simulation up to time T.

We should also consider both the real world and risk-neutral behavior of market variables in CVA and DVA calculations. The determination of the magnitude of these valuation adjustments requires risk-neutral processes to be simulated. However, estimates of potential future exposure (PFE), which are almost invariably also made, involve scenario analysis and should be calculated by simulating relevant variables in the real world. At present, CVA and DVA calculations are so computationally time consuming that all calculations are usually carried out in the risk-neutral world.  But, as banks and other financial institutions become more sophisticated, fudging the difference between real and risk-neutral measures may no longer be acceptable.

Bank regulators have for some time been aware of the difference between the real-world measure and the risk-neutral measure and the attendant practical issues. In discussing exposure at default (EAD), Basel II (footnote 240) says “In theory, the expectations should be taken with respect to the actual probability distribution of future exposures and not the risk-neutral one. Supervisors recognize that practical considerations may make it more feasible to use the risk-neutral one. As a result, supervisors will not mandate which kind of forecasting distribution to employ.”

The bottom line is that it is becoming important to develop ways of moving from risk-neutral valuation-oriented Monte Carlo simulations to real-world scenario-oriented Monte Carlo simulations, and vice versa.  Research aimed at showing how the drift of a variable changes as we move from the risk-neutral world to the real world is assuming a greater importance than it has in the past.

Consider first an issue that is central to much research in finance. What is the real-world process followed by a well-diversified stock index such as the S&P 500? Unfortunately it is much more difficult to determine the expected return on the S&P 500 in the real world than in the risk-neutral world.  In the risk-neutral world it is the risk-free rate,[1] but in the real world it is higher. Not surprisingly, investors require a higher expected return than the risk-free rate for bearing the risks associated with equities. The excess of the expected real-world return over the risk-free rate is known as the equity risk premium.

Many estimates of the equity risk premium have been made.[2] The equity risk premium in the United States seems to be around 5 or 6%. This means that on average you can expect to earn about 5 or 6% per annum more than the risk-free rate if you invest in the S&P 500 or in a well-diversified portfolio of stocks similar to those underlying the S&P 500. Of course, that expected return is overlaid with volatility (typically in the 15 to 25% per annum range). This means that during some periods you will earn markedly less (or markedly more) than the expected return.

A stock index can therefore be modeled in both the real world and the risk-neutral world with a single simulation by assuming that the expected return in the real world is 5 to 6% higher than in the risk-neutral world.  For other investment assets (e.g., individual stocks) we can invoke the capital asset pricing model. The parameter beta underlying the capital asset pricing model can be estimated as $\rho \sigma/\sigma_M$, where $\sigma$ is the volatility of the asset’s return, $\sigma_M$is the volatility of the S&P 500 (or some other well diversified index that represents the market), and r is the correlation between the two.  The excess return of the asset over the risk-free rate is beta times the estimate of the excess return of the S&P 500 over the risk-free rate.

Foreign currencies can be handled in the same way as other traded securities. In a risk-neutral world the exchange rate has an expected growth rate equal to the spread between the domestic and foreign interest rates. In the real world, risk preferences can lead to the expected growth rate being different from this. Empirical research on whether it is actually different is mixed, but most studies suggest that if you use the interest rate spread differential to predict a future exchange rate, there will be a bias.[3] In spite of this, it is often assumed that the real-world and risk-neutral processes for exchange rates are the same. Perhaps this is because of the two-sided nature of an exchange rate. If an exchange rate is expected to grow faster than the interest rate differential when considered one way round (units of currency A per unit of currency B), it is expected to decline faster when considered the other way round (units of currency B per unit of currency A).

The risk-neutral processes for interest rates can be implied from interest rate derivatives such as caps and swap options. In Hull et al (2014), we considered the difference between the drift of the short-term interest rate in the real and risk-neutral worlds. One popular approach is to use the average slope of the term structure of interest rates at the short end to estimate this difference. In the real world the short-term interest rate can reasonably be expected to have zero drift on average.  In the risk-neutral world, the average slope of the term structure defines the average drift.  However, this type of analysis leads to totally unreasonable estimates of the process for the short rate in the real world.[4] Possibly this is because the approach implicitly assumes a one-factor model.  A better simpler approach is to calculate the average short rate over a long period of time and assume that the drift of the short rate in the real world will take it to this target average over a long period of time.  The outstanding issue then is how the drift reaches this long-term target. Alternative plausible approaches are suggested in Hull et al (2014), but possibly the simplest idea is to change the risk-neutral expected growth rate by the same amount at all future times to achieve the target.

The pragmatic conclusion here is that when Monte Carlo simulations are carried out, most variables can be jointly simulated in the real world and the risk neutral world by making the not unreasonable assumption that the difference between the two growth rates is constant through time. This can be regarded as an extension of the ideas in Gibbs and Goyder (2013) that was mentioned in our previous blog.

[1] As discussed in Hull and White (2015), whether it is the instantaneous risk-free rate or some other risk-free rate depends on the risk-neutral world chosen.

[2] For example, Damadoran on his website provides estimates which are regularly updated. See http://pages.stern.nyu.edu/~adamodar/

[3] Using the interest rate differential to predict a future exchange rate is equivalent to using the forward exchange rate.