Blog
Reflections on 1990: the Year FINCAD Opened its Doors 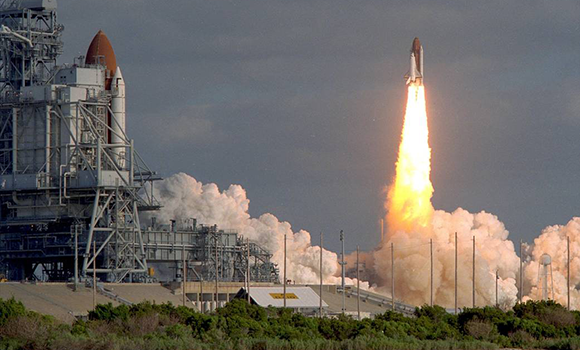 By any measure, 1990 will be remembered as a remarkable year—for many reasons. There were a lot of firsts that year. Poland became the first eastern European country to abolish its state socialist economy, withdraw from the Warsaw Pact and move toward free elections. That was the beginning of the end of communist hegemony over Eastern Europe, the breakup of the Soviet Union and the end of the East-West conflict we used to call the Cold War (though it soon may be called the ‘First Cold War’).

In 1990 the South African government held its first talks with the African National Congress and released Nelson Mandela from prison. That led within a few years to the abolition of apartheid, South Africa’s cruel racial segregation regime. The First Gulf War also began with Saddam Hussain’s Iraq invading Kuwait. The Middle East hasn’t been the same since.

Other notable events that year included the first published World Wide Web page, the release of Windows 3.0, which was the first successful version of that now venerable operating system; the launch of the Hubble Space Telescope; and the beginning of the destruction of the Berlin Wall, which led to the two Germanys reunification by the end of the year. Then again, to some, 1990 will mainly be remembered as the first time they saw Mr. Bean.

1990 also marked the end of some things. Michael Milken’s run as the junk bond king ended and he was sentenced to 10 years in prison. His firm, Drexel Burnham Lambert, went bankrupt, though the impact of its demise was much smaller than the end of Lehman Brothers 18 years later; and Margaret Thatcher, Britain’s first female prime minister and perhaps the single person most responsible for the global financial market as it exists today, ended her run as British Prime Minister.

I thought of 1990 the other day because August 9th was FINCAD Day. It’s the anniversary of the day FINCAD opened for business in 1990, and on that day each year FINCADians from all of our offices stop and mark the occasion with some sort of small celebration, a golf tournament, barbeque… something.

We started marking FINCAD Day when we were just a small group of people working long six- and seven-day weeks and with a very tenuous grip on corporate survival. We thought of it as both an excuse to take a break and an opportunity to celebrate actually surviving for another year.

Today it’s much less about celebrating survival, though I am acutely aware that even the most successful companies are fragile. Just ask people who worked at companies like Enron, Worldcom, WaMu or Lehman.

When we started FINCAD the modern derivatives markets were mushrooming. I was amazed to discover that the notional value of outstanding derivatives had surpassed $2 trillion, a number I still have trouble contemplating even though now we are talking hundreds of trillions. US Senator Everett Dirksen once said, “a billion here, a billion there and pretty soon you’re talking about real money.” That notion seems quaint today.

We started FINCAD because we realized that there was a big knowledge imbalance about derivatives and financial risk between the sell-side and buy-side. A lot of people were making expensive mistakes, either by underestimating the risks they were taking on, or by paying too much for their hedging transactions because they didn’t have proper analytics or an understanding of derivatives finance. We set out to provide financial practitioners of any stripe with financial engineering knowledge and the technology to use it, and pretty soon we had customers on the sell-side, too. From the beginning our aim was to make both derivatives finance knowledge and tools widely available so that participants in the markets could make better decisions by having accurate information.

Over the years we’ve made some notable firsts ourselves; from the first commercially available cross-asset class analytics library; to the first commercial software product that enabled financial professionals to price an interest rate swap in a spreadsheet; to the first portfolio valuation service offered as a Software as a Service (so long ago that it was then known as an ASP, not SaaS); and now, the first advanced analytics library and enterprise capable valuation and risk platform.

Though a lot changed in the past 26 years, a lot hasn’t. People still need accurate information to make good decisions.

But getting that information has become even more difficult because the level of complexity has also mushroomed. Multi-asset used to mean cash and futures. Today it means a lot more. The math is more complicated and the markets now move in microseconds.

And FINCADians are still doing the same kinds of things for our clients, helping them make better decisions by giving them the ability to generate the most accurate information.

For those of you unfamiliar with FINCAD, and those of you who are, check out our latest video which explains what we’ve been up to lately: FINCAD F3: Next Generation Valuation and Risk

Bob co-founded FINCAD in 1990 and is responsible for the overall management of the company. Prior to co-founding FINCAD he worked in the Canadian investment industry in the private client areas of two national firms, Richardson Greenshields and CIBC Wood Gundy, latterly as a vice president.

Bob is also a member of the governing council of the Canadian Advanced Technology Alliance, Canada's leading hi-tech industry alliance.