In this blog we continue our discussion of valuation adjustments by discussing the funding value adjustment (FVA). This is an adjustment to the value of a derivatives portfolio for the cost of funding the derivative positions. To illustrate how it might arise suppose that a derivatives dealer, Dealer A, has entered into a five-year interest rate swap with a corporate end user where it is receiving 3% and paying LIBOR. Suppose further that it has hedged its risk by entering into an exactly offsetting swap with another dealer, Dealer B, where it pays 2.9% and receives LIBOR.

Do these funding value adjustments make economic sense? In 2012 we wrote an article entitled “The FVA Debate” for Risk’s 25th anniversary edition arguing that dealers should not make FVAs.[2] The article generated a huge amount of interest, much of it from people who disagreed with us. The debate has continued for the last few years. At Risk’s request we have written Hull and White (2016), a follow-up to our 2012 article.  Kenyon and Green (2016) have published a collection of readings dealing with both sides of the debate. 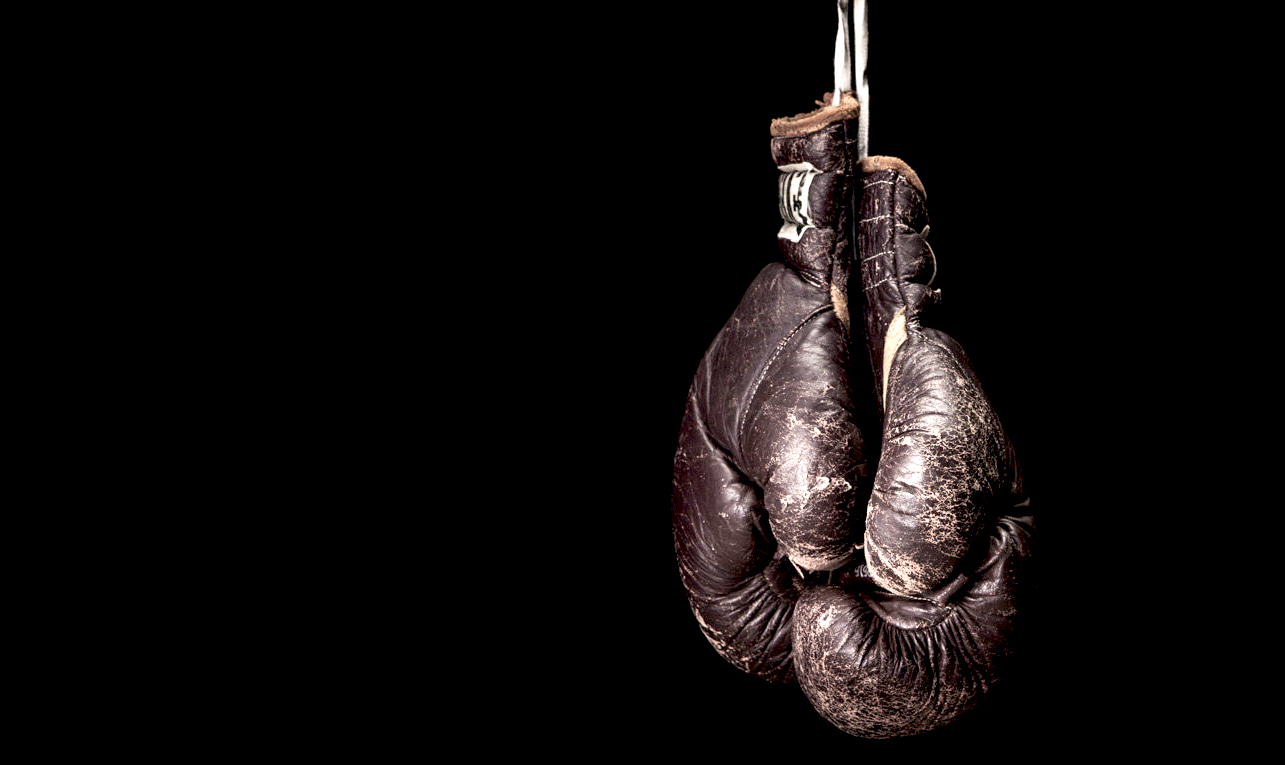 Essentially we argued that it is incorrect to assume that a risk-free investment is financed at a bank’s average cost of funds. At the margin, a risk-free investment is making the bank less risky and is being funded at the risk-free rate. In spite of our arguments, most dealers now make FVAs. There are one or two hold outs and there are variations from dealer to dealer in how calculations are done, but the pervasive view in the market is: “If everyone else is doing it, I have to do it as well. It does not really matter whether it is theoretically correct”. We have a lot of sympathy with that view. Derivatives dealers are running businesses. They are not exponents of financial economics. Nevertheless, we think financial economics is a useful way of understanding the big picture and should be given some consideration.[3]

We are pleased to see that recently Leif Andersen, Darrell Duffie, and Yang Song have written a paper supporting our position that FVA should not affect a dealer’s profits or how derivatives are valued for financial reporting purposes.[4] As we will explain later, their assumptions are somewhat different from ours so that they conclude that there is a transfer of wealth from shareholders to bondholders.

When considering whether it is appropriate to make an FVA, it is important to consider how the FVA will be used. Our arguments concerning FVA have been about how one should account for derivatives. The arguments advanced by others are often about whether an FVA should be incorporated into pricing.[5] These two different perspectives often lead to confusion in the FVA debate. Our position is that FVAs should not be included in reported MTM values but we keep an open mind as to whether FVAs should be considered in pricing. Dealers have to recover their costs and make a profit when trading with end users. Market participants can use FVAs (and other XVAs) to ensure that this is the case. But, if the XVAs are not economically defensible, there may be other better ways of calculating what the target profit on a deal should be.

One way of presenting the arguments against FVA as a cost when determining the profitability of a derivative trade is that any transaction entered into at market prices has zero value (at least when the impact of a bid-offer spread is ignored). If an investor buys IBM stock at the current market price, the transaction has zero value. This argument applies to financing as well. If Dealer X borrows money by repoing Treasury instruments at the market interest rate of 0.5% per annum, the transaction has zero value. If the dealer borrows money on an unsecured basis at the market rate of 1.1% per annum to finance derivatives, what is the value? This is a market transaction and so should also have a value of zero.

At this point, proponents of FVA are likely to argue that there is a cost of 0.6% in the last example. If dealers could repo derivatives, they could finance their derivatives at 0.5% and so there is a market incompleteness that costs 0.6%. This is where the argument against FVA leaves many financial engineers unconvinced. The extra 0.6% is a credit spread. It compensates lenders for the risk of a loss. (The repo financing has a much smaller credit spread because it is secured financing.) Because there is an expected loss to lenders, there must be a corresponding expected gain to the dealer. The dealer will in some states of the world default on the 1.1% per annum loan and its stakeholders will be in a better position than if it had been able to repo the derivatives. In other words, there is a benefit to the dealer from the credit spread it pays because it might default. We refer to this benefit as DVA2. We contrast this with DVA as it is usually defined (i.e., the benefit to a dealer from defaulting on its derivatives) and refer to the latter as DVA1

The argument that dealers capture a benefit that offsets the spreads they pay raises two issues. Are DVAs real and are credit spreads (0.6% per annum in our case) too high? Consider the first point. DVAs must be real in the sense that the transactions we are talking about are zero-sum games. If one party has an expected loss because of default risk, the other party must have an expected gain. But we acknowledge that DVA feels less real than its cousin, CVA, to most people. Furthermore, the accounting profession has for some types of transactions (but not yet for all derivatives) made DVA a direct adjustment to equity rather than flowing it through the income statement.

Dealers have usually ignored DVA2[6] and have never liked DVA1. FVA has often been used as a way of neutralizing DVA1. FVA can be split into FCA, a funding cost adjustment (the cost of funding derivatives when they have a positive value) and FBA, a funding benefit adjustment (the funding benefit provided by derivatives when they have a negative value). If only FCA is accounted for, it largely offsets DVA1 so that earnings volatility is reduced. [7]  We argue from an economic perspective that DVA2 and FVA, not DVA1 and FCA, are natural offsets for each other.

Now consider the second point. Is the credit spread of 60 basis points too high? It implies an expected loss of 0.6% per year on the loan. Here one gets into arguments concerned with real-world vs. risk-neutral default rates and the non-default-risk component of credit spreads. The 0.6% per annum credit spread does not represent the actuarial expected loss. It (correctly) incorporates a risk adjustment because there is systematic risk in the debt market. It recognizes that a default on the loan is a particularly adverse event for a lender because it is likely to occur when most investments in the economy are giving rise to losses.

In addition to incorporating an adjustment for systematic risk, the 0.6% spread may well have a non-default-risk component, perhaps related to liquidity or some other factors. We discuss this and the associated empirical evidence in Hull and White (2014). In practice it is very difficult to separate risk adjustments in credit spreads from these other adjustments. But suppose that in our example it is considered that, of the 0.6% credit spread, 0.4% represents default risks and 0.2% is for other factors. Then the 0.2% can be regarded as a deadweight cost of doing business and from a financial economics perspective is a valid FVA.

These arguments assume that debtholders understand the risks that are being taken by banks on an ongoing basis and price debt accordingly. If debtholders assume a certain level of risk for the bank’s investments and the bank then takes decisions that lead to the overall level of risks being less than had been assumed, the debtholders benefit. There is then a transfer of wealth from shareholders to debtholders. This is the assumption made by Andersen et al (2016). They assume that existing debtholders have not anticipated the impact of taking on new derivatives positions on the overall risk of the bank. The new debt used to finance the new low risk derivatives positions is priced correctly in accordance with the new average risk level of the bank. However, the old debt becomes more valuable while the shareholders suffer an equivalent loss. It is of course very difficult to know whether debt holders incorrectly assess the risks being taken on an ongoing basis. But, if they do, there is a transfer of wealth between debt holders and equity holders[9] and no effect on the valuation of assets on the left side of the balance sheet. Whether accountants are comfortable with the assumptions made by Andersen et al remains to be seen. If accounting rules are changed for FVA, they should logically be changed for all situations where there are transfers between equity and debt.[10]

[3] One popular criticism of financial economics is that it requires a “risk-free rate” which does not exist in practice. It is true that there is no product that provides an interest rate that is perfectly risk free. But we can imagine such a product and can estimate what the risk-free rate is by considering the yields on existing products that are most similar to this ideal product. In Hull and White (2013) we use this line of reasoning to argue that OIS rates are reasonable proxies for risk-free rates.

[5] The most common situation considered is what dealers should charge end users when trades are uncollateralized or partially collateralized.

[7] This appears to have been the purpose of JPMorgan’s much talked about $1.5 billion FVA charge in the fourth quarter of 2013.

[8] However, if you want to include this as a genuine FVA you should probably also consider an LVA (Liquidity Value Adjustment) to reflect how the liquidity or illiquidity of the derivative affects its value to the dealer.

[9] The size of the transfer depends on the remaining life of the legacy debt and the amount by which the new investments lowers the average risk of the bank’s investments. The change in risk lowers the discount rate used to determine the value of the legacy debt. If the life of the debt is long this results in a big change in the value of the debt and a large wealth transfer. If the debt has a short maturity, typically the case for banks, the wealth transfer is small.