Blog
What’s Next for US Mortgage-Backed Securities? 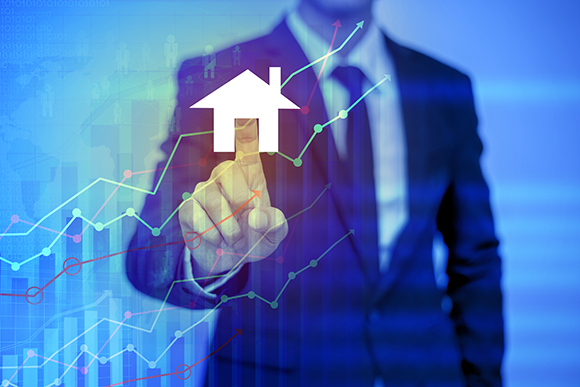 I recently had the opportunity to host a live Q&A session on mortgage-backed securities (MBS) with FINCAD’s Eric Peng and Eknath Belbase, PhD, of Andrew Davidson & Co., Inc. (AD&Co). The speakers took on the audience’s most pressing questions around MBS current trends, best practices and modeling. Below is an excerpt of topics covered during the live(ly) event.

Question: The Fed is now thinking about what to do with its 4.5 trillion USD in MBS treasuries. If the Fed decides to return its balance sheet to the pre-crisis level of under 1 trillion USD, what might be the impact on the MBS and fixed income market?

Answer -Eknath: I’ve seen articles in the Wall Street Journal and Bloomberg about this recently, so it’s a very timely topic. The first thing to look at is the composition of the 4.5 trillion USD. Of this, MBS are a little over 1.5 trillion USD and the treasury bond portion of that portfolio is about 3 trillion USD. The manner in which these two components are taken off the balance sheet would affect different parts of interest rates. So, the treasury part would affect the treasury yield curve, and depending on the maturities that are not being reinvested, they would shift potentially the slope of that curve. On the other hand, the MBS, would impact the spread between mortgage rates and treasury rates, which are at a historical low right now. Depending on which of those are not reinvested, different things could happen

The second point I’d make is there is already evidence that the US Treasury has started to shift the duration of the treasury component of its holdings down the curve. That is, they were previously investing in longer-term securities and started to shorten that up a bit. This is important because simultaneously the Federal Reserve is gradually raising the short-end of the curve. So, as the short-end comes up, and the duration of that portfolio comes down, it is a natural point at which to stop reinvesting some of those shorter-term maturities.

The third point to bring up is that there is an enormous spectrum of behaviors the Federal Reserve can use with regard to treasuries. For example, they have the option to reinvest 100%, 50% or no maturing securities—or they can outright sell things that have not matured yet. With MBS, it is even more interesting because they mature at unpredictable rates in contrast to treasury securities. With MBS, turnover is the primary determinant of balances. Assuming that interest rates stay at the current level or higher, prepayments will primarily be driven by housing turnover—not refinancing behavior. This means that the prepayment rate should settle down at about 6 CPR. At that rate, with the current portfolio, we would get 7.5 billion USD per month in paydowns—a miniscule amount that would not really affect a market this size. On the other hand, sales can affect the MBS market. My main point is there is an enormous amount of flexibility that the Fed has to control the pace of returning the balance sheet to the pre-crisis level if they choose.

Question: Eric, can you provide context for how yield analysis and risk management for MBS and fixed income play into the above issue, including how the treatment of these two securities differs from vanilla bonds?

Answer -Eric: Fundamentally, all of the analyses that one would carry out would basically be the same whether you are dealing with MBS or vanilla bonds. Once you have the contract of interest, which are the expected cash flows of a given bond, then the yield analysis or risk calculations to be performed are largely the same across all different sorts of securities.

Of course, the problem is how one would go about obtaining the expected cash flows of the MBS in the first place. This task is much more involved and complicated compared to vanilla bonds or even callable bonds and other fixed income securities. Everyone is familiar with the prepayments considerations that are specific to MBS.

But I think fundamentally the analytics workflow is mostly the same in terms of the components one would have to perform for yield analysis or to run risk. The details of how to obtain realistic cash flows for MBS would be the thing that dictates the differences between how we go about looking at valuation and risk for MBS versus other securities.

Question: Eknath, what sort of changes have been adopted in MBS modeling since the crisis?

Answer -Eknath: There were a number of notable pre-crisis model failures—primarily in credit more so than in prepayments, although that also occurred to a lesser extent. The top three that come to mind pertain to house price modeling. The first failure was that house price models did not adequately acknowledge regional variation in house price growth. There was a wide spread belief that the national average house price index couldn’t decline, since it never had done so prior to the crisis. Previous examples of house price declines were more regional recessions including the oil-related Oklahoma- Texas decline, and back in the 80’s a California’s housing price index decline. But such a decline had never happened on a national level before.

Subsequently we learned that many on the Federal Reserve board also held this belief that national house prices could not decline. Part of it was failure to acknowledge the bubble. So if most of the US was in a housing bubble, it would be natural for the nation’s house prices on average to decline as well.

Additionally, pre-crisis we used loan performance data that told us what percent of borrowers would default (this is what ultimately affects cash flows). Such factors that were accessed were the borrower’s income (which many times was overstated or inaccurate), and whether or not the borrower intended to occupy the home or use it as an investment property. Interestingly, borrowers with more of an investor mindset will tend to default more often. This kind of loan performance data was then used to extrapolate loan performance. I’m sure many are familiar with the “liar loans” a term coined by the media to describe the issue of essentially people fabricating their income to secure a loan. In the best of circumstances, let’s say when house prices are flat, going on such an assumption wouldn’t be good. But in the environment we were mid-crisis, it was disastrous.

The changes that  have occurred after all this are, from a modeling perspective, there is now much better HPA modeling that acknowledges that different US regions have different volatilities—and that house price affordability can actually impact that volatility. The more unaffordable or detached house prices become, the more potential downside volatility there is.

Additionally there is now a much greater emphasis on model validation, including the essential part of considering how a historical set of data relates to your model. So, if you are using underwritten loans, that data is not really applicable to loans that are not underwritten.

The last area I’d bring up is that whether you are in banking or insurance, there is a greater emphasis on model risk. Adding model error cushions explicitly and therefore creating better capital cushions seems to be a trend gradually gaining popularity today.